The American Red Goat is an animal with symmetry, with a strong, vigorous appearance and fine quality. The doe must be feminine and the buck masculine. The size and set of ears, horns and facial profile, weight, height, degree of cashmere in the winter are varying traits. Important traits to the breed are adaptability, effective foragers, fertility, maternals, longevity and tolerance of difficult conditions, although these are more difficult to measure and describe.

The intent of the American Red goat is to make a positive contribution to livestock producers and the meat industry.

undershot jaw / parrot mouth or any defect that decreases productivity. 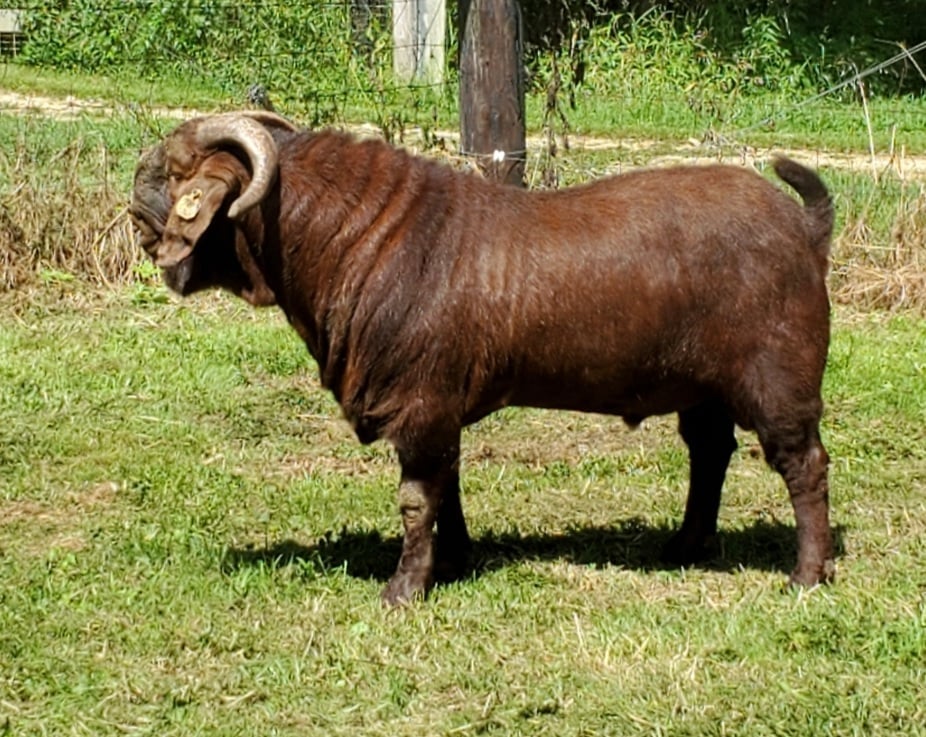 Characteristic cull defects: Back too concave, too slab-sided, too cylindrical or pinched behind the shoulder.

Characteristic cull defects: A rump that hangs too much or is too short. A long shank or flat buttocks.

Ideal coloring is a brown/red goat with color shadings that ranges between light brown/red to dark brown/red.

THE FOLLOWING CLASSIFICATIONS ARE USED

The American Red goat uses the X-Factor designed by Dwight Elmore. The X-Factor is a filial classification system that gives a defined generational path for both bucks and does which can eventually lead to purebred status. For does it is X4 and X5 for bucks which become purebreds. The X-Factor is built into the AMGR pedigree registration number to quickly identify the generation of the animal. A chart can be found here.

American Meat Goat Registry has agreed to require DNA testing for the American Red meat goat as the breed is still being developed. This is to help ensure the origins of the breed are well documented and that future generations will have undisputed traceable lineage. Microchipping or tattooing is also mandatory.